The TNC15 Networking Conference is the largest and most prestigious European research networking conference, with more than 650 participants attending this annual event. TNC brings together decision makers, managers, networking and collaboration specialists, and identity and access management experts from all major European networking and research organisations, universities, worldwide sister institutions, as well as industry representatives.

Through keynotes speeches by renowned specialists, varying parallel sessions, demonstrations and presentations, the Conference presents participants with a unique overview of the latest developments in research networking, both in the technical field and in the area of application and management.

TNC15, its 31st edition, will be hosted by FCT | FCCN, Portugal's unit for the operation of the National Research and Education Network within the funding agency for science and research in Portugal, between 15-18 June 2015 in Porto.

Porto is one of the most ancient cities of Europe, with an unequaled landscape, combining harmony with the urban structure and presenting a frame of rare beauty. Porto is the second-largest city in Portugal, after Lisbon, and one of the major urban areas in Southern Europe and the capital of the second major great urban area in Portugal. The urban area of Porto, which extends beyond the administrative limits of the city, has a population of 1.3 million. Located along the Douro river estuary in northern Portugal, Porto is one of the oldest European centres, and registered as a World Heritage Site by UNESCO in 1996. Its settlement dates back many centuries, when it was an outpost of the Roman Empire. 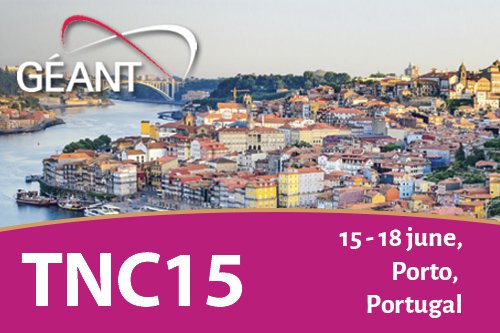