RASH has established a telematic network linking all public universities in Albania. This network uses fiber optic as a medium, specifically in dark fiber technology, which provides high bandwidth and speed capability. Since 2017, RASH is physically connected using fiber optic to Geant's Pan-European by having two logical connections, one for the Internet and the other for R&E (Research & Eduacation). By these connections, RASH publishes the IP addresses that it owns by being identified in the global network.

This interconnection network is called the UNET (University Network), which brings a set of benefits and ease in communication between universities and the implementation of various services in information technology. The UNET network is divided into two parts: MAN of Tirana and regional campuses (district universities). The following figure shows the topology of the network and its geographic extent. 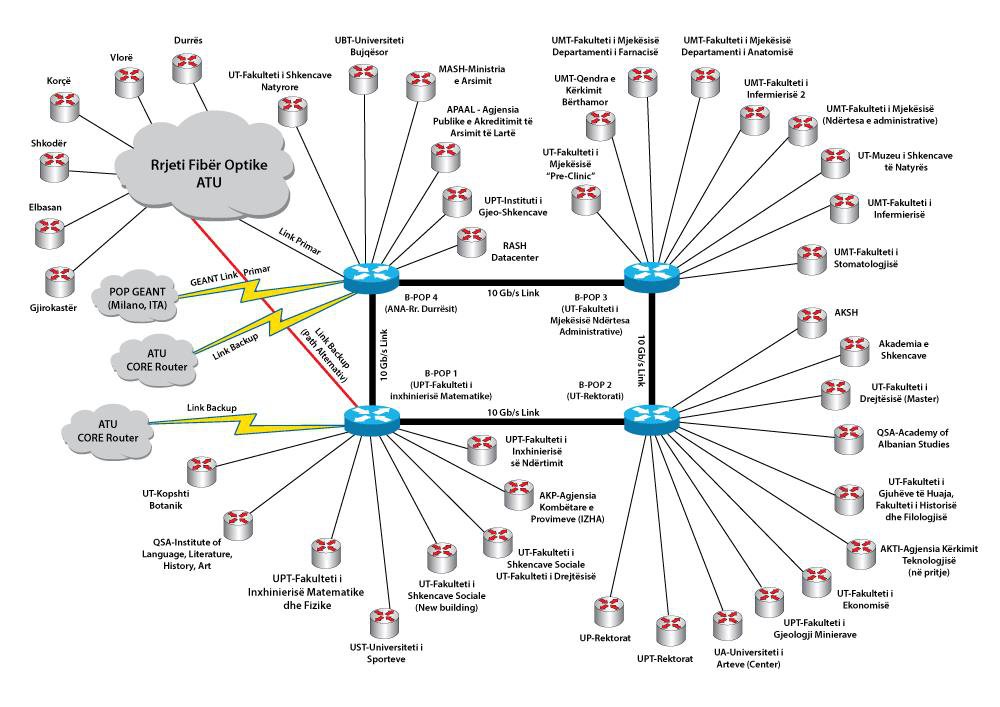 The basis of this topology is ring, consisting of 4 main PoPs (Point of Presence), which communicate with a 10 Gb/s speed on two paths, one primary and one secondary. In these four main nodes all universities and other institutions are linked with PoP of sizes M (medium) and S (small) depending on the geographical location. Binding PoPs in B-PoP is based on star topology.

Network infrastructure offers the possibility of obtaining a range of services, such as: